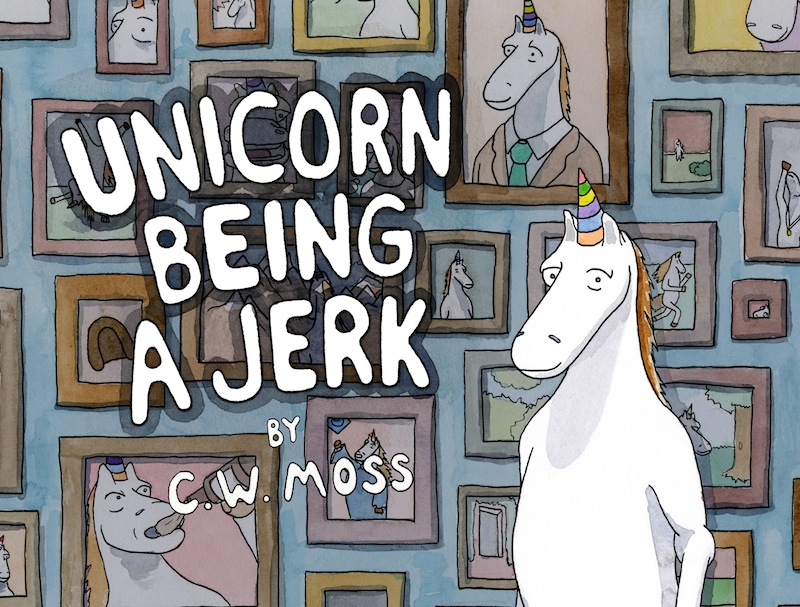 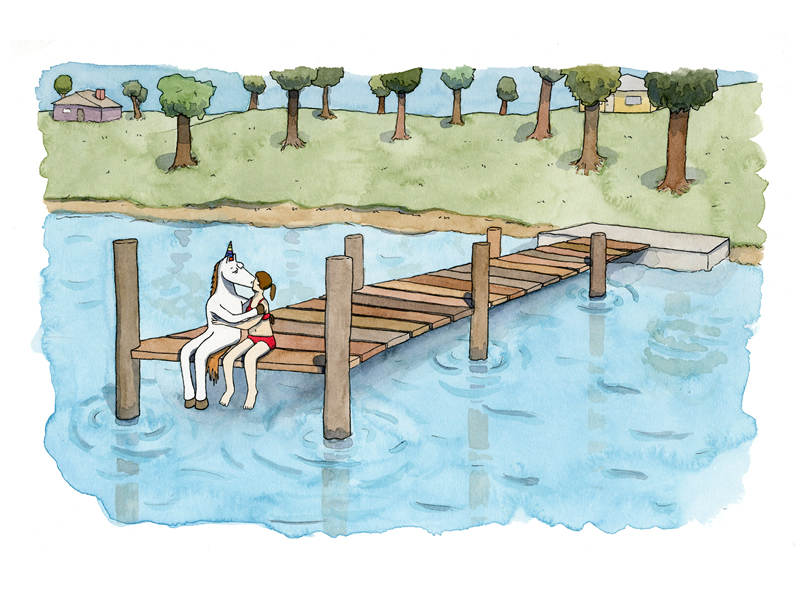 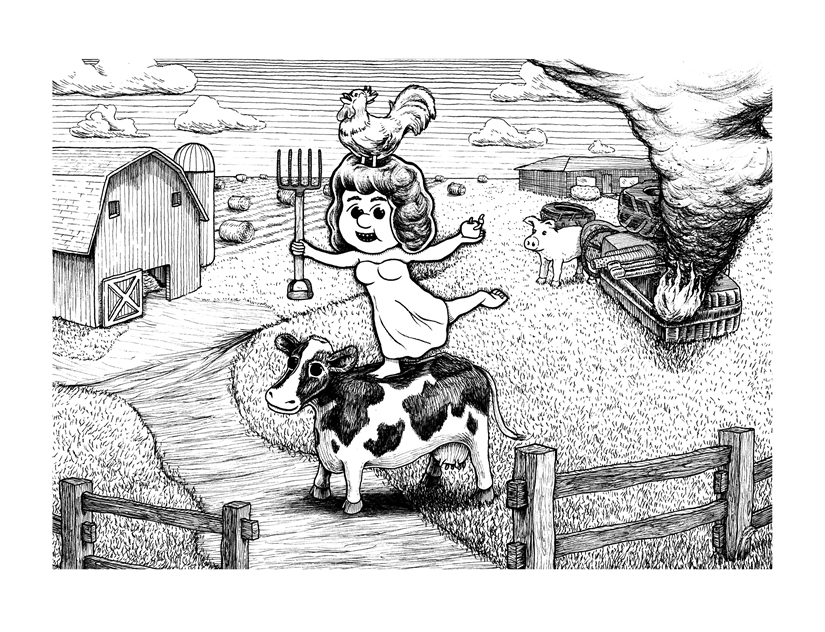 C.W. Moss is a maker and doer who was born in Missouri and now lives in Los Angeles. He is the author of the popular hilarious series of single panel comics Unicorn Being a Jerk.

The preliminary version of his Unicorn series and his professional career in the arts began to take form unexpectedly during his first year at Otis College of Art and Design, where he got his B.A. in Graphic Design in 2011. He took an intro to illustration course and the only requirement was a 12-page book. In that course, he made Unicorn Having Fun. Positive feedback from friends and classmates encouraged him to run with the project, and the prototype for Unicorn Being a Jerk was then born. A 75-page illustrated book, filled with watercolor images paired with smart, witty, and concise narration about the less-than-wonderful side of the world’s most wondrous creature.

Why Unicorn Drinks (2013) followed, pouring a double-shot of laughter and irreverence. Because or thanks to that, its readers never looked at a unicorn the same way again.