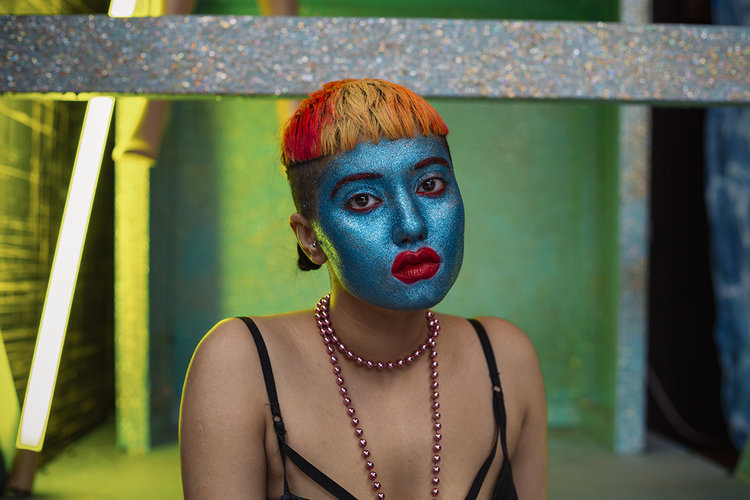 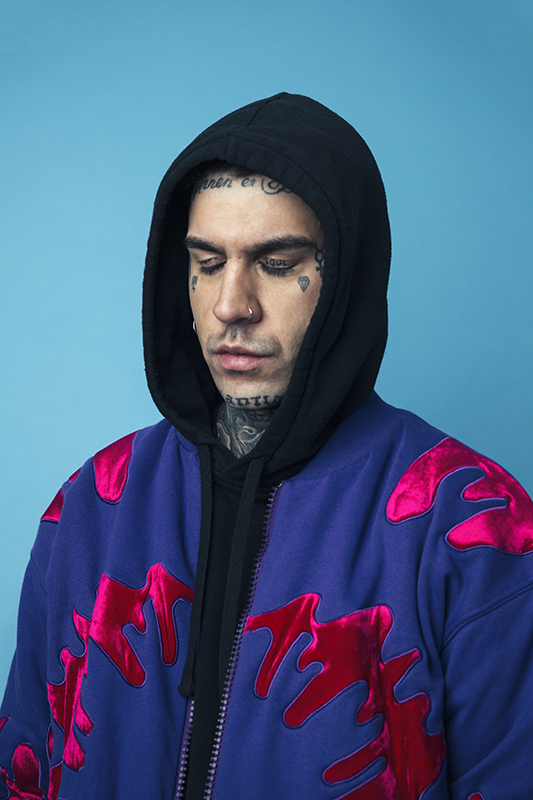 A photographer who, in the last decade, has focused her work on portraits and interiors. After finishing her Architecture degree at FAUP, she moved to London to study Cinematography and has since found her place behind the camera. Since then, she has been telling people’s stories, working closely with artists and performers.

In 2019, a portrait from her project called “In the Eyes of Kings and Queens”, portraying Drag Queens in their homes, was selected for the Portrait of Britain Award and later published in a book with the 200 best photos. Claudia has collaborated in different areas, with various brands and her work has been published in magazines in the UK, USA and Portugal.

This image is called Blue Staircase and is a portrait of Annie Pics, part of a series called In the eyes of Queens and Kings. This project starts by leaving the stage and the spotlights and entering the private sphere of the artist, looking for details that reflect who they might be. It tells a story of the artist in their home, with no disruption, as it is. And explores different ways that drag can be a tool to explore (self)Identity, push the boundaries of gender or express creativity. It supports the LGBTQ+ community, the acceptance and inclusion of trans drag artists and brings attention to the diversity of London’s drag community, both Queens and Kings.