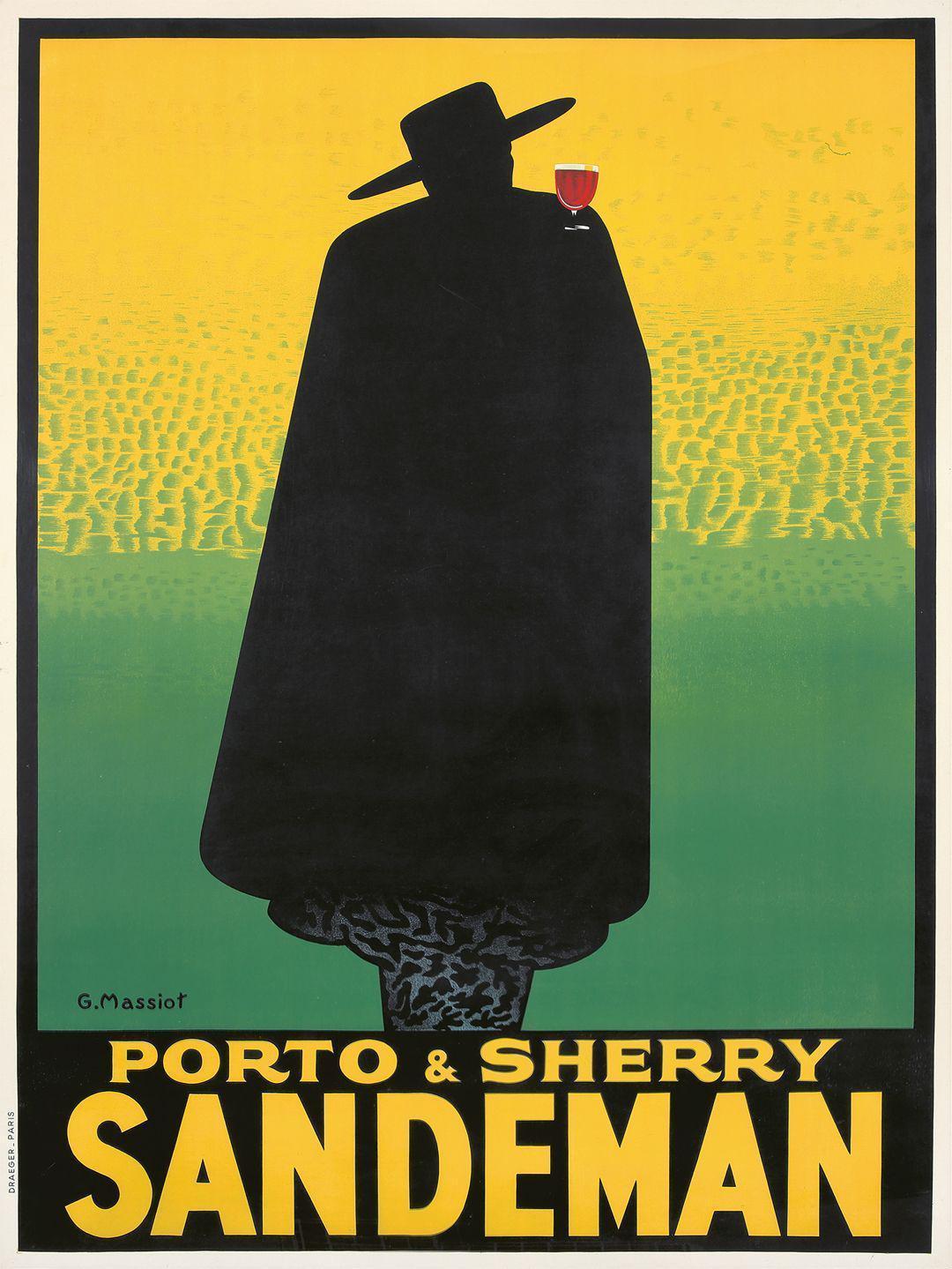 The well-known image of the “Don” representing Sandeman was drawn by the artist George Massiot Brown who was, in fact, Scottish by birth. He worked in France and approached the Sandeman Company in 1928 for work. Since French posters were very much in vogue at the time, Brown was commissioned to create an image to promote the Porto & Sherry produced by Sandeman. Ingeniously, Brown signed his work G. Massiot to hide his Scottish origins and pretend to be French. The actual Don image was only so named in 1935, when it was first used on a bottle and has since been adopted as the global symbol of the company.