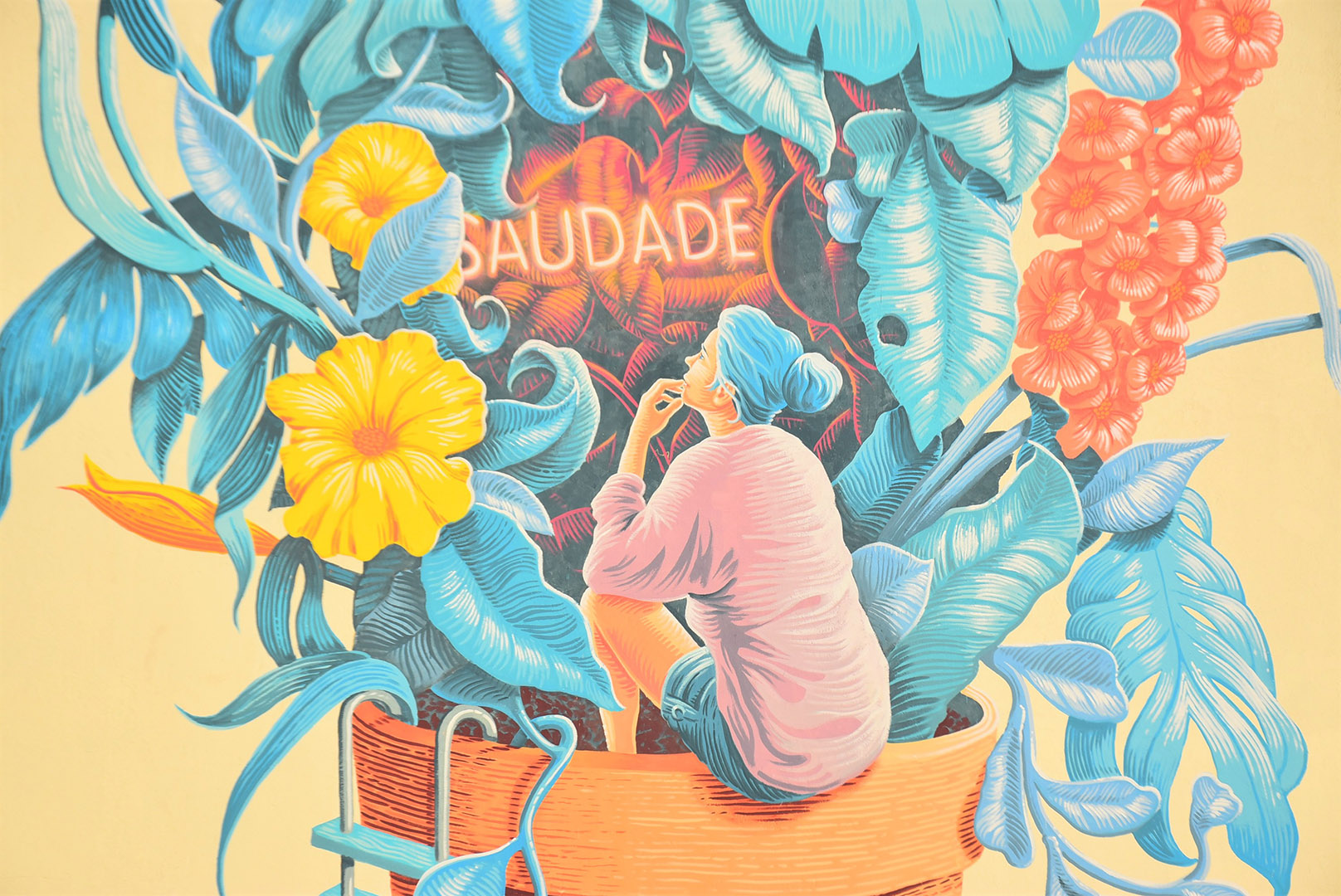 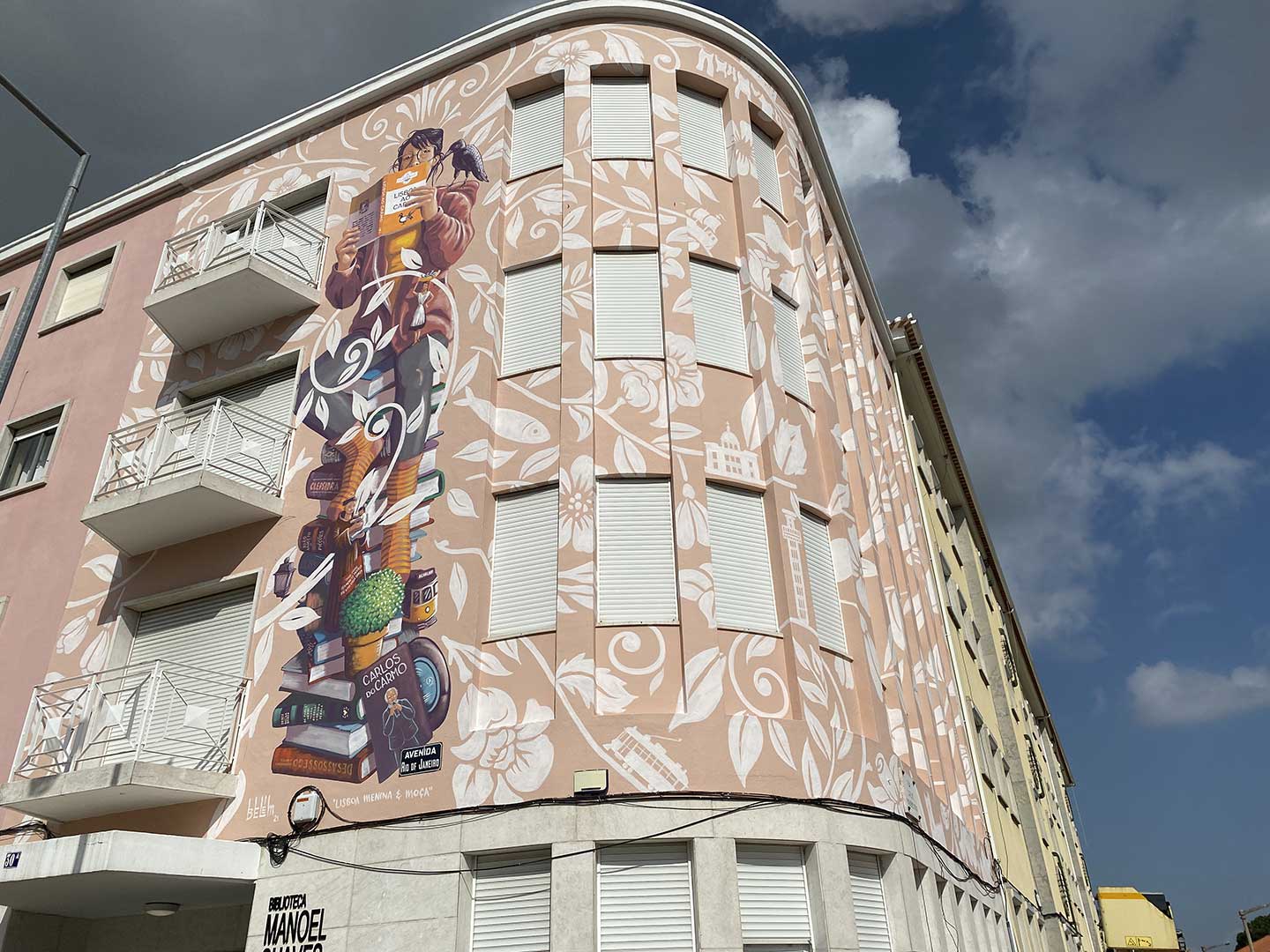 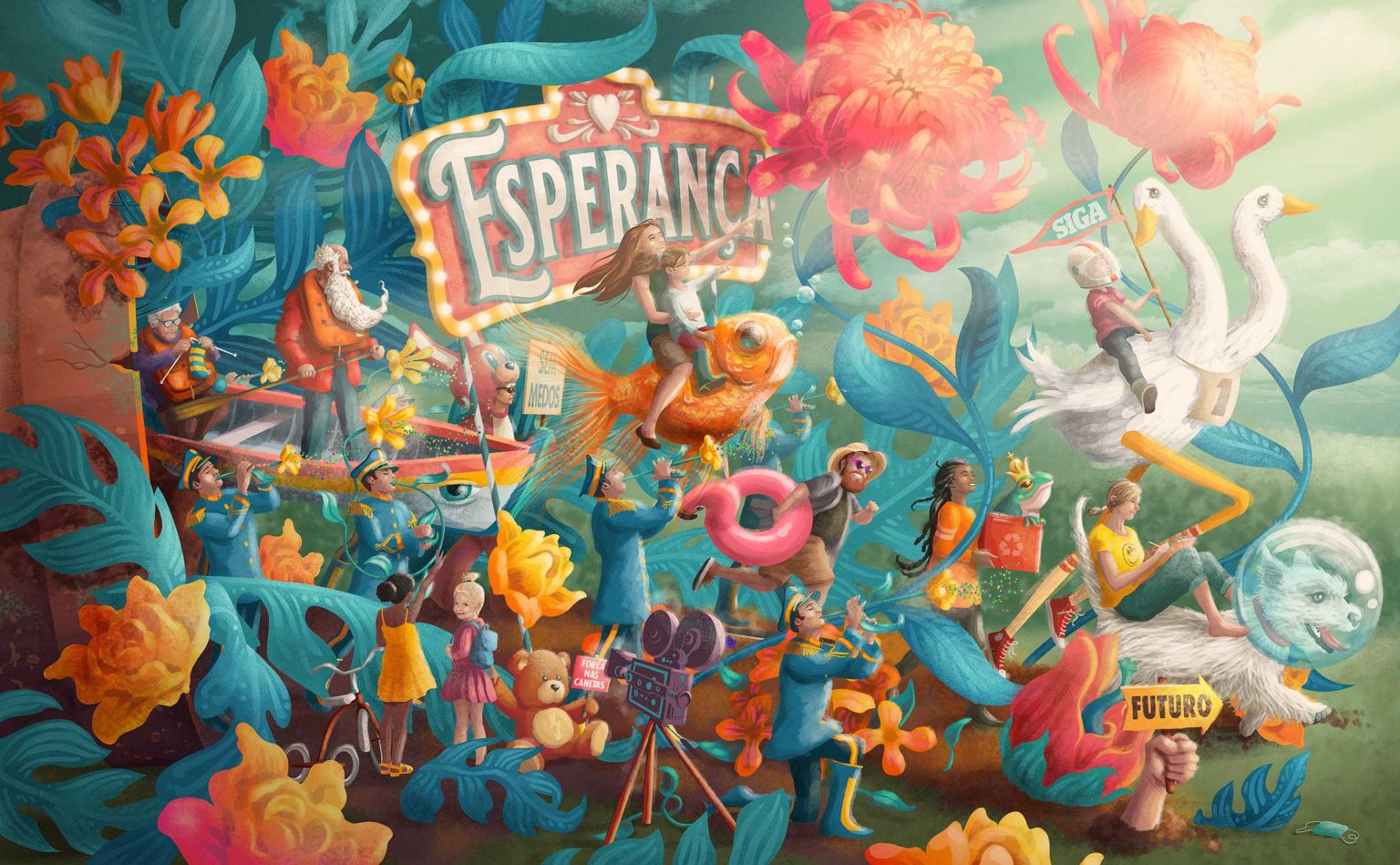 Mário Belém (1977) works with equal skill on both the small-scale pieces he creates in the studio and on the large-scale murals that have earned him a leading role in the burgeoning Portuguese urban art scene. Over the last few years he has been solidifying a distinctively personal language – colourful and playful – where he frequently juxtaposes images and words, composing visual narratives of a magical nature that are rooted in a balance between the familiar and the unusual and that explore various subjects inherent to communication, popular culture and the present human condition. Working mainly the medium of painting on wood in compositions of a sculptural nature, he has been presenting his oeuvre in both the public space and in solo and group exhibitions.

The “Barco” piece was applied to the Founder’s Reserve tube and tells the story of a man reminiscing with his past, in the Douro context. The meeting friends, as described by Mário Belém, is the coming together of a man and his memory of good wine. The record he looks at and listens to is the emotion of reliving that experience and tasting great Porto again.