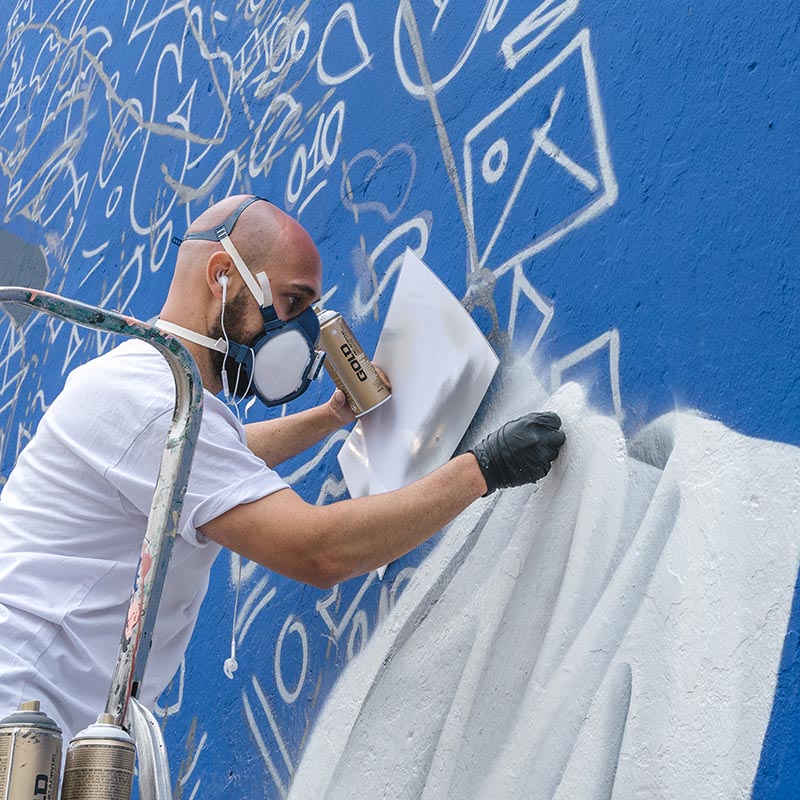 Nuno Viegas, also known as Metis, is a Portuguese artist born in Faro (1985) and raised in Quarteira. Founder of the Policromia Crew collective, he started his artistic journey through graffiti in 1999.

After finishing his studies in Visual Arts at the University of Algarve, he moved to Rotterdam, the Netherlands (2014), where he discovered a new artistic identity and started developing his paintings strongly influenced by the graffiti movement. This has been the focal point of his artistic production and his greatest source of inspiration.

Nuno presents us with a contrast between the visually aggressive and sometimes dirty reality of traditional graffiti with a peaceful and clean representation in his works. The approach to this topic is an ongoing tribute to all those who dedicate part of their lives to this movement. Graffiti Writers keeps the movement real and alive in a time when the definition of graffiti tends to get confused and mixed up with Street Art.

In 2016, Nuno worked with Street Art Today in Amsterdam, which launched the artist into the Urban Art scene quickly, catching the attention of Urban Nation Berlin – Museum of Contemporary Urban Art. Over the following years, the artist has worked with Yasha Young Projects, Graffiti Prints, Thinkspace Gallery, among other prominent names in the Urban Art scene, and now we can see his work on walls and Art spaces all over the world, always aiming to improve and moving towards his dream – tagging the moon.

At the end of 2019, Nuno returns to his hometown, Quarteira, in Portugal, where he is currently working.