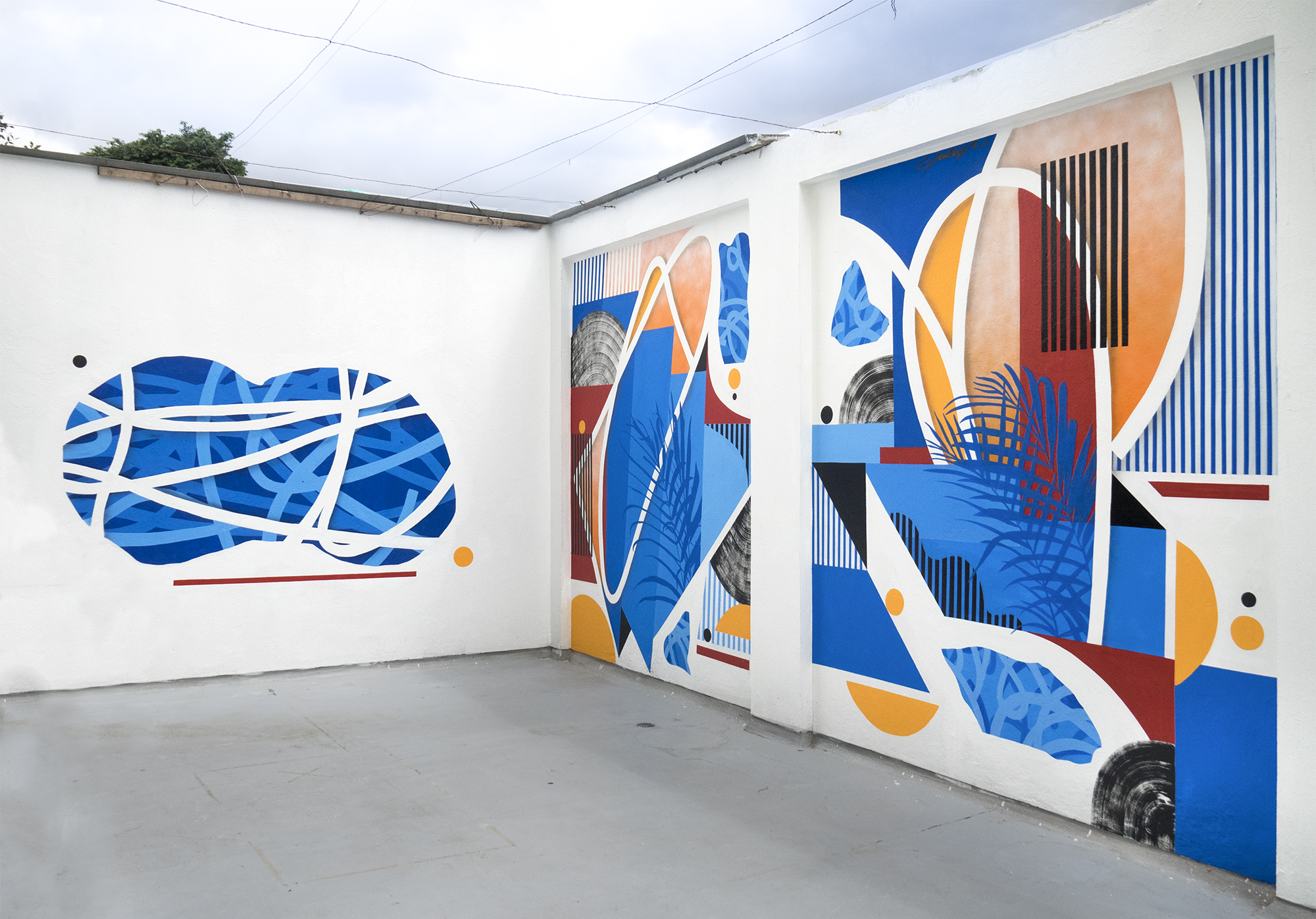 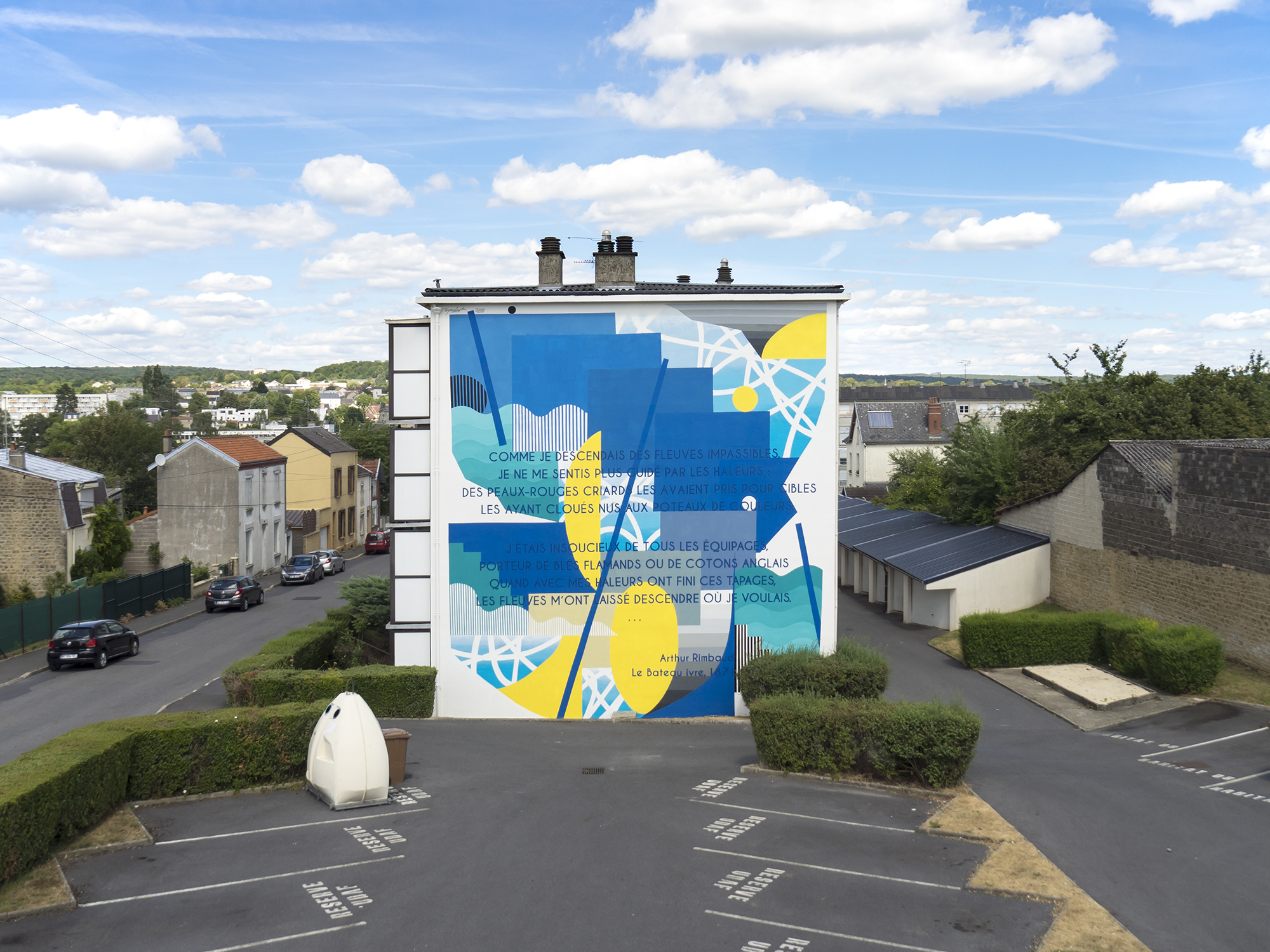 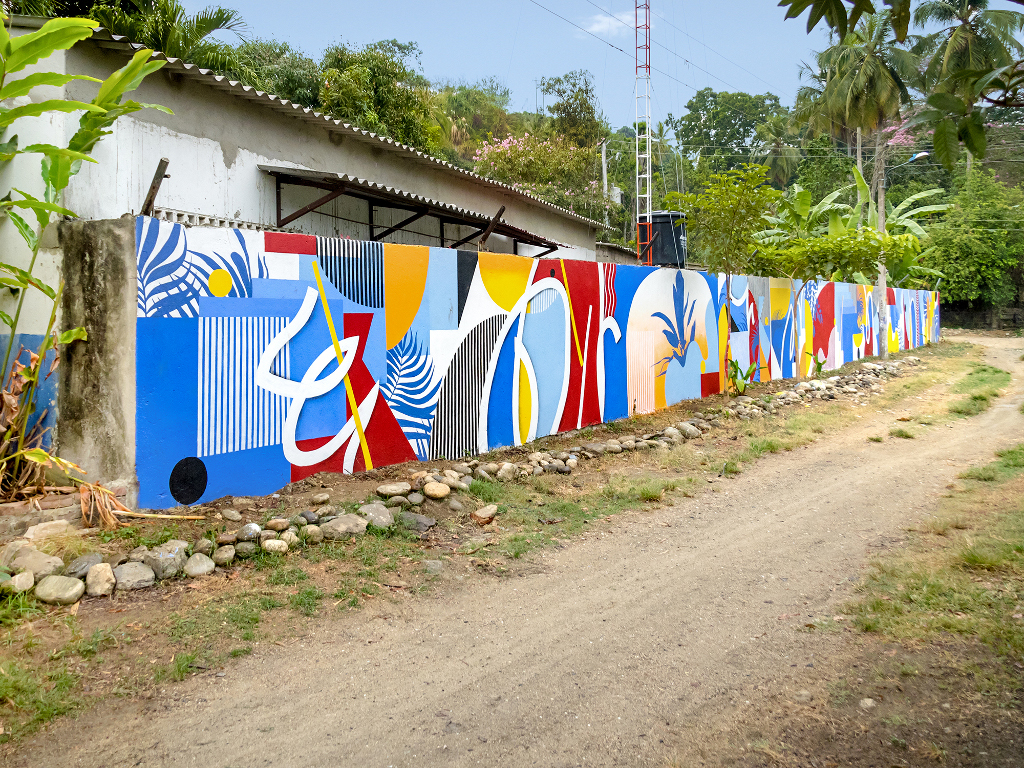 Polar is heir to landscape painting. Having started from classic lettering work, his art shifted increasingly toward the abstract, drawing inspiration from masters like Argentina-born artist Julio Le Parc, fortuitous encounters, and travelling to create his own visual language.

Subtly, he recomposes the memories of his journey – sometimes very personal, almost spiritual – rolling out in waves of perfect roundness, from visual nappes to contemporary psychedelics.

Painting is for Polar a vector of cohesion and social exchange, a meeting point for different cultures and people, for locals and the just-passing-through. His walls in France, Colombia, Ecuador, New Zealand and Indonesia are great examples of that.

Born in 1987, he works and lives in Montpellier (France). After two years overseas (visiting 11 countries, 3 continents), he back to the studio in May 2017. Two months later, he had his first solo show at Galerie at Down and launched his first book, named “Novae Terrae” under the exhibition’s title. This year, he got invited for Colorama Street Art Festival, in Biarritz.